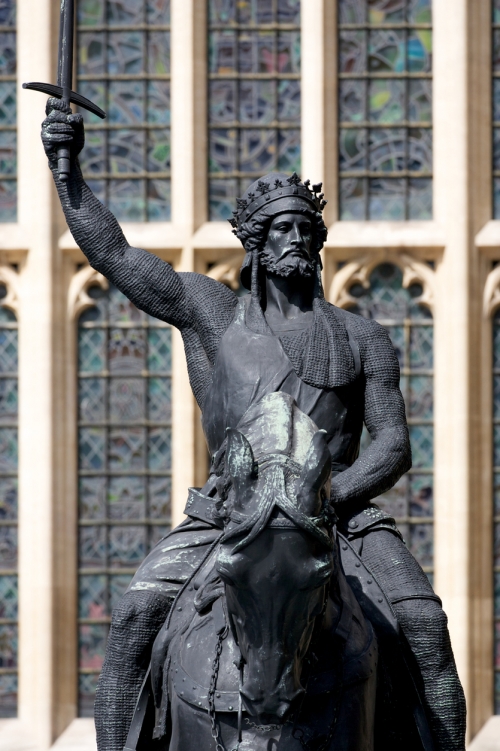 Richard I, reigned from 1189-1199. He earned the title ‘Coeur-de-Lion’ or ‘Lion Heart’ as he was a brave soldier, a great crusader. On May 2, 1194 King Richard I of England gave Portsmouth its first Royal Charter.

Charters have been used in Europe since medieval times to grant rights and privileges to towns, boroughs and cities.

The town was granted permission for an annual fifteen-day free market fair, weekly markets, and a local court to deal with minor matters, and its inhabitants were exempted from paying an annual tax of £18.

Our school logo, the Charter lion, is inspired by Richard I’s coat of arms.